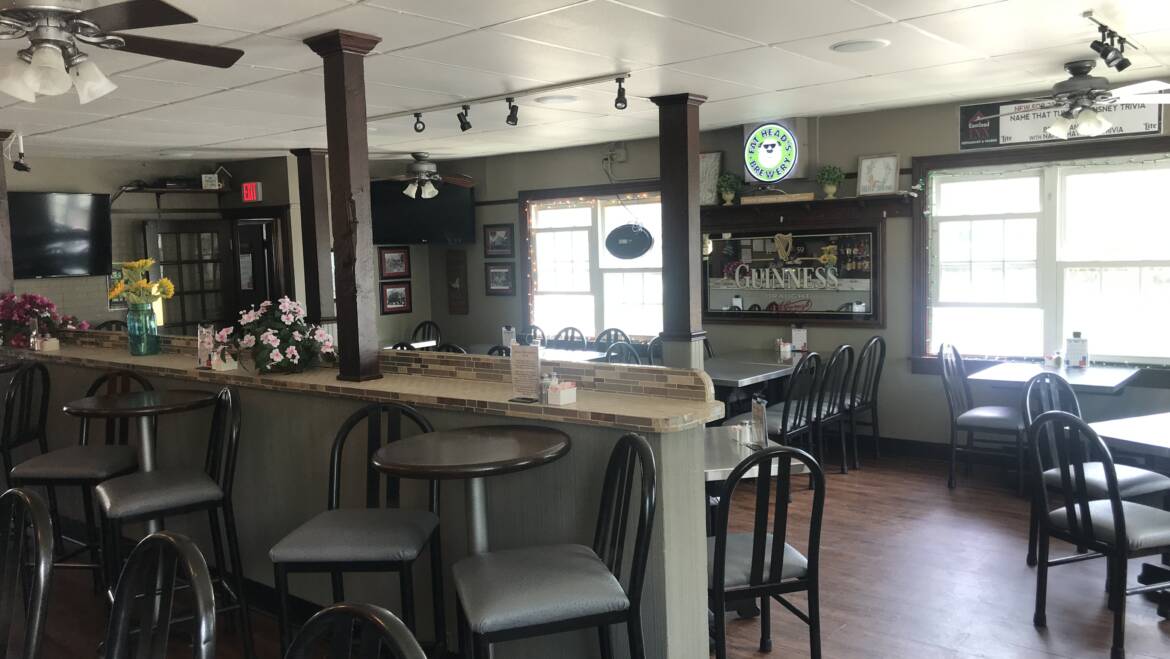 BEREA, Ohio — At Wednesday’s meeting, the staff quickly showed the incoming owners the spirit of the roughly 80-year-old Eastland Inn.

When soon-to-be co-owner Domenic Ruggiero gave out his cell number, bartender Fred Lozano dialed it right away, just to make sure Ruggiero was on the level. Lozano wants the new boss to be as open and down-to-earth as this warm,charitable hangout on Eastland Road.

Outgoing co-owner Dave Peterkoski helped to break in Ruggiero. Peterkoski and his wife, Liz, are turning over the Eastland’s keys on Sunday — 16 years to the date after taking over the restaurant.

At the meeting, Dave Peterkoski announced that Ruggiero had named Lindsey Bobich as his first employee of the month. Then Peterkoski handed her a gift-wrapped prize supposedly from Ruggiero. It turned out to be a toilet seat with her picture inside.

Ruggiero caught on fast to the Eastland clan’s sense of humor. When chef Gwen Hall asked if she should keep buying groceries for the kitchen as usual, he said, “Can you buy me something?”

After the meeting, Ruggiero bought something, too: a round for all the workers who were there but off duty.

The place serves up hearty entrees of chicken, steak, pasta and more at down-home prices, from $9.95 to $19.95. It’s known for long-running jokes and long-running friendships. It has sponsored many community fund-raisers and served free meals on Thanksgiving.

The customers hope the place stays the same. “Cosmetic changes, OK,” said Michael Shannon, who’s been coming here for 30 years with his dad, Bill, a 40-year customer. “As long as the atmosphere doesn’t change.”

Customer Shirley Zitnar said she’ll miss the Peterkoskis. “They were such nice people. They always treated me good.”

Liz grew up in North Olmsted, moved to Las Vegas and came back to town for a visit. She met Dave from Berea and married him a year later to the date. The next day, they heard that their bid for the Eastland had been accepted.

Says Liz, “The bar has been our honeymoon. We’ve put our heart and soul in this place.”

And their knees. Dave got one of his replaced recently, then hurried back to work, where his retooled body put unfamiliar pressure on both feet.

Now the lifelong cook plans to look for other work. Liz will keep her day job as secretary to Teamsters Local 293.

Ruggiero comes from a big family with its own local traditions. Several relatives have worked in the Berea schools, including his brother, Vincent, principal of Berea-Midpark High School.

Domenic Ruggiero co-owned the Front Row tavern in Brook Park for five years before selling it a year ago. He’ll run the Eastland with help from his sister, Daniela, who works by day at Vitamix, and their friend Mark Bardwell, who installs steam plants in factories.

Ruggiero said he might make some changes at the Eastland over time but would respect its traditions. For now, he plans to keep the same hours, menu, drinks, staff, bands and events. He hoped at first to keep the Thanksgiving meals — more than 700 per year — but canceled them after learning that he’d have to start preparing them right away.

“We want to keep everything as is and improve it,” he said. “Whatever the customers like. We don’t want to change anything that’s going well.”