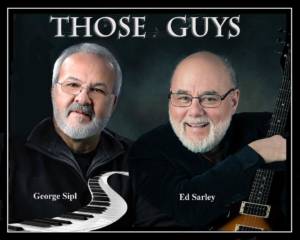 As the years rolled on, Ed continued to perform regionally with bands like Hocus Pocus, The GeezeCats, Bob Gatewood and Calabash, and most recently, his own band, Buzzy J & The Verbs. George honed his skills in the studio to become a much sought after engineer/writer/producer on many album projects and commercial radio and television […]