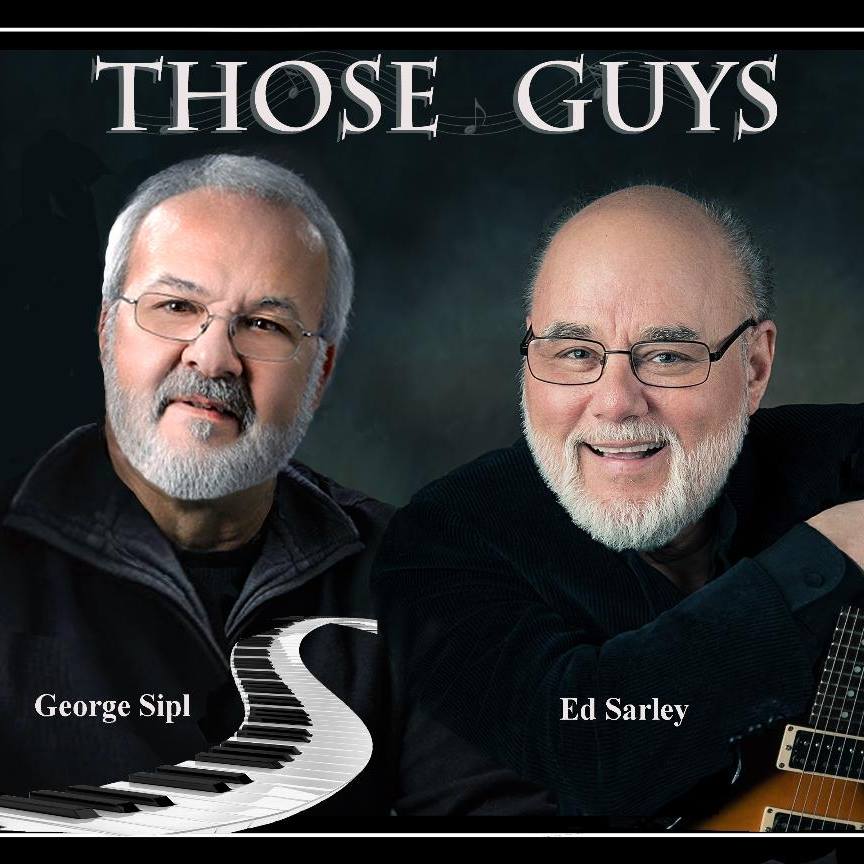 Years ago, Ed and George lived on the same street in Seven Hills, Ohio, just south of the Rock Capital of Cleveland. They recognized a deep-shared love in all things musical, that led to their lifelong friendship; starting with Standing Room Only (SRO), their first band. Ed had already mastered the accordion, electric bass, and guitar, and George was proficient on both piano and guitar.
They pursued professional music careers, both together and separately. Ed, with a wide variety of club bands in Rock, Country, and R&B genres;  George, finding much success as a keyboardist with the Eric Carmen Band and American Noise.  They worked together in recording studios: George as a well-respected engineer and Ed as a session musician and songwriter.
As the years rolled on, Ed continued to perform regionally with bands like Hocus Pocus, The GeezeCats, Bob Gatewood and Calabash, and most recently, his own band, Buzzy J & The Verbs.  George honed his skills in the studio to become a much sought after engineer/writer/producer on many album projects and commercial radio and television pieces, including the ever popular “I-X Indoor Amusement Park” jingle (on which Ed played guitar) and “Hungry Eyes” for the “Dirty Dancing” movie. George was also the executive producer of Ed’s three solo album releases “Beautiful Things”, “From Nashville With Love”, and “Moments”.
With over 50 years of music making experience, these two have joined forces to present to You their new live duo act called Those Guys.  Seeing and hearing them perform the music soundtrack of their lives is guaranteed to elicit a smile and a deep sense of joy in the heart. Don’t miss Those Guys.  You’ve seen and heard them before, so you know they’re great !